It’s been well over a century since the last mining car filled with ore from the Comstock rolled out of Sutro Tunnel. By the time the Tunnel was completed in 1878, the Big Bonanza was winding down, and the best guess is that the last batch of Comstock ore came through about 1880. But just three years ago, workers began converging at the old Sutro site once more. 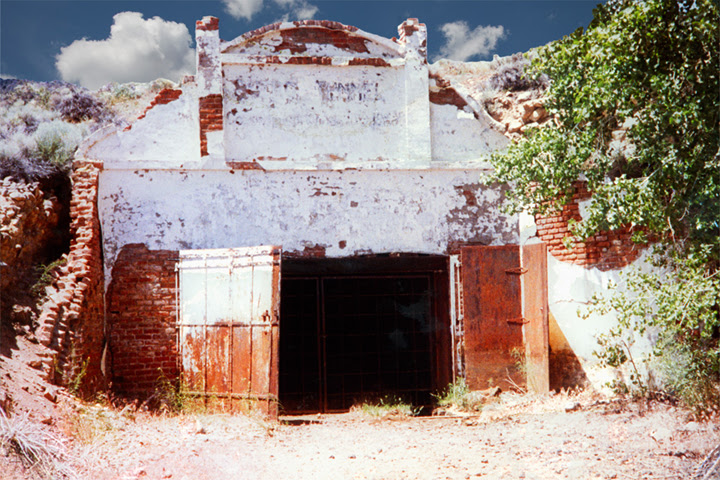 No, they’re not miners. In 2017, a determined group of volunteers began working to preserve and restore the old buildings and artifacts that still remain here from the Sutro’s hey-day. It’s now privately owned. But thanks to restoration volunteer Dan Webster, we were fortunate enough to be invited to visit the site!

The tunnel mouth remains the most prominent feature of the site. Volunteers have re-plastered the brick entry wings and repainted the markings, restoring it to the way it looked when the tunnel was new. Water still flows out of the tunnel, thanks to its gently sloping design.

Back in Sutro’s day, the tunnel stretched 3-1/2 miles underground to connect first with the Savage Mine at Virginia City. From there, additional tunnels branched out to connect with other Comstock mines.

The original theodolite base is still visible, where surveyors set up their transit equipment to ensure the tunnel ran straight to its intended destination. Survey markers are still in place on the hillside above (see first photo, above).

Sutro himself once had a mansion on the hillside to the right of the tunnel entrance. Completed and occupied in late 1872, the house was a mansion indeed, featuring gas lighting and indoor plumbing. Sutro’s wife and children lived here until – well, as the story goes, until Sutro was caught with another woman, after which the wife departed for San Francisco. Sutro, too, eventually moved to San Francisco as his tunnel prospects faded. Sadly, the mansion was destroyed in a fire in 1941, thought to be arson committed by a disgruntled former employee.

To the right side of the tunnel entrance stands the brick candle house. One side has been caved in by falling rocks from the hillside, but its original bricks have been saved to allow it to be rebuilt eventually.

Next door, the old machine shop has been cleaned and its floors oiled. Photographs and artifacts are being assembled inside, and it’s hoped this will one day become a museum, helping to acquaint visitors with the history of the site. Still visible in the floor are tracks that once allowed mining equipment to be rolled into the building for repair.

Outside, a cluster of iron ore cars that once rattled along the tracks of the tunnel still stand a silent vigil. Markings on some of the wheels show they were cast at the V&T foundry in Carson City. (Fun fact: the V&T foundry provided not only machinery for the railroad, but also for mines and mills all over Nevada.) The car bodies themselves were built on site here at the machine shop. Each ore car could haul 2-1/2 tons of material.

Next door is the mule barn, where mules for the tunnel work were stabled. And there’s even tack still hanging inside (see photos, below). 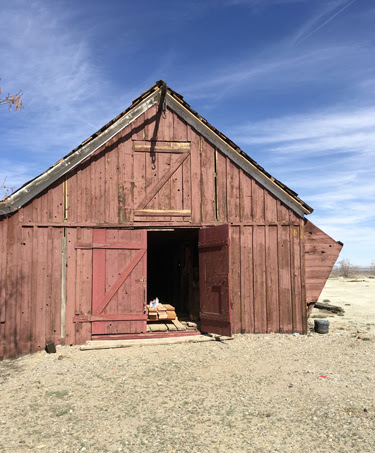 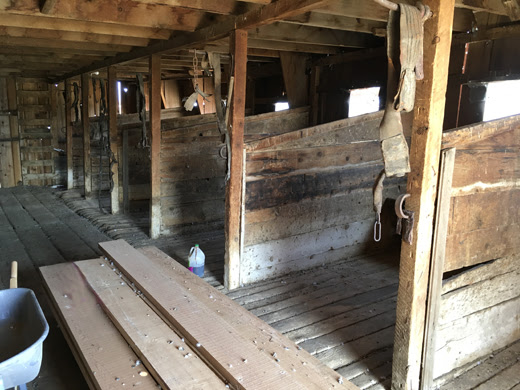 This is thought to be a second mule barn, built in the early 1900s; the first was said to have burned in a fire. The roof of this mule barn had begun to sag sadly before renovations began in 2017. It was stabilized and additional roof support added by volunteers just last year (2019).

To the left of the tunnel mouth, a large warehouse (below) once held supplies during Sutro’s day. In the 1960s and ‘70s, hippies turned the former warehouse into a bar and dance hall.

A small red house off to one side has its own fascinating history. Not original to the site, it was moved here from Carson City in the 1960s from the area that’s now the Nugget parking lot. According to local lore, this humble cabin used to be the home of famous prostitute Rosa May!

A two-story Victorian home is also on site – and it, too, was moved. This once was the home of John and Helen Schulz in Carson City. Here at the Sutro site it was occupied by tenants until very recently, but now is vacant.

Just over the hill below the tunnel mouth, a ten-stamp cyanide-process mill was erected in 1900 by Mr. Leonard, then president of the Sutro Tunnel Company, and is thought to have run sporadically through the early 1940s. It was originally water-powered, using pelton wheels. That power source was replaced by two diesel engines, probably in the 1930s. Ore from various Comstock mines was initially trucked to the mill. Later, a tailings pile west of the mill was worked,  using a steam shovel to load dump trucks, and the tailings material was then gravity-fed to the stamps.

The old wooden mill building itself burned in 1967. But much of the large metal mill equipment can still be seen, some pieces still showing signs of distortion from the fire.

Below the mill once sat the Town of Sutro, a neatly-laid-out company town where workers and their families once lived. Crops were grown there using water from the mine for irrigation. Sutro himself brought in German Cottonwood trees, and had them planted in nice, straight rows to line the streets.

Volunteers are continuing to work hard to restore the buildings and preserve the extensive artifacts at the Sutro Tunnel site. Eventually, they hope public tours may help raise money to assist with restoration efforts — and share the amazing story of Sutro himself and his famous tunnel!

Story copyright Karen Dustman 2020. Unlawful to use without prior written permission.

This memoir how-to post is all about you. Your memoir goals. Your writing journey. Those chasms-without-a-bridge and 600-pound-gorillas standing in your way.

It’s a quick and simple quiz, designed to give you added insight into where you want to go, and a few ideas about what might help you get there.

I’d love to hear about your insights, your progress – and your hurdles! I hope you’ll share your experience, thoughts, and questions on our “just for memoir writers” Facebook page (@WriteYourMemoir), and connect up with other memoir folks going through the same things!

4.         What’s been your biggest writing hurdle? Where have you gotten stuck?

5.         If your fairy godmother tapped you on the shoulder and gave you three wishes, what things would you wish for that would help you write your memoir?

7.         Would the accountability and regular feedback of a writer’s group be helpful to you? If so, have you checked for an online class or a group near you?

8.         Have you read any how-to-write-a-memoir books for help or encouragement? If so, what tips or ideas did you take away that were most helpful?

9.         What is your end-result hope for your memoir? Who do you want to read it, and what do you hope it will mean to your family or the world?

10.       If you had to name one thing that would help you the most to finish your memoir, what would it be?

That’s your memoir post for this month! Love to hear your feedback. 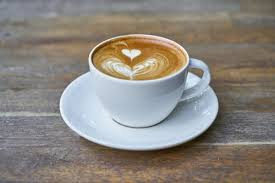